Julian Davis and The Situation at Divine Barrel Brewing 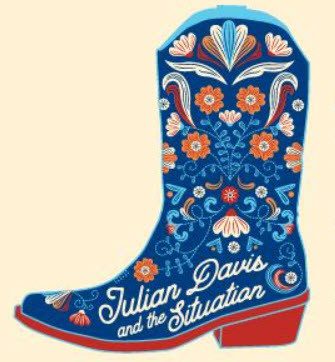 Julian Davis is a flat pickin’ guitar player focused on bringing new energy to the classic bluegrass numbers as well as deliver new music the band is developing in the bluegrass genre. He has won the Kansas state flat pickin and mandolin competitions before he turned 18. He’s shared the stage with many great talents like Bruce Hornsby, Vince Herman and Leftover Salmon, Travelin’ McCourys, and Bill Nershi all before turning 20. For the first half of 2019, he was with the Jeff Austin Band as the lead guitar player.
Julian Davis & The Situation formed late in 2017 and is anchored by Logan Perez on bass and Julian on guitar. There is a cast of all-stars that Julian collaborates with to fill out banjo, mandolin and occasionally a fiddle or dobro make a tour run appearance. This has done wonders to keep the shows fresh and full of excitement. They can play to a seated listening room focused on hearing every note and harmony to a big time festival stage with a huge audience of enthusiastic fans.
Through and through, Julian is an entertainer so come on out and join CannaBuddy at Divine Barrel and rest assured you will be in for a treat!