The Use of Cannabis

The use of cannabis, more commonly referred to as marijuana, is not new.  As early as 500 BC the plant was being employed for medicinal purposes in Asia, and records show recreational use as far back as 800 AD.  In the United States, early colonists used hemp in textiles, paper, and more, purposes for which it is still used today.

Eventually, Americans discovered what ancient cultures had known for centuries – cannabis could be used in a medicinal capacity.  The use of extracts for a variety of ailments grew in the U.S. and Europe throughout the 19th century, and so did recreational use.  It wasn’t until the 20th century, however, that recreational use became vilified and politicized, ultimately leading to criminalization, starting with the Marijuana Tax Act of 1937.

Not quite a century later, we’re starting to see decriminalization of cannabis, opening the door for research and development, new medicinal breakthroughs, and even legal recreational use.  This research has produced a wealth of information, including insights into the many chemical compounds that make up cannabis.

One such compound is a cannabinoid known as CBD.  When isolated, this cannabinoid has been found to have remarkable properties and applications.  Although further research and development are needed, CBD studies have shown promise for all kinds of symptom management.

Even better, advocacy is opening the door for CBD usage throughout the U.S.  Several states have now legalized the used of cannabis for medical or recreational use (or both), but all 50 states now allow the use of hemp-derived CBD extract.

What is CBD?  What products are available and what could it do for you?  Here are a few things you should know about CBD.

The ECS is a neuromodulatory system, which means it is involved in regulating nervous system activity.  Certain conditions can cause the body to produce endocannabinoids, which then bind to receptors to produce a variety of effects before they degrade.  Preserving homeostasis, or the body’s natural balance, seems to be the main purpose behind this system.

The ECS goes to work when you’re hungry, overheated, or suffering from inflammation.  It interacts with every system in your body, and affects everything from appetite and digestion, to sleep regulation, to immune function, fertility, mood, and more.

Why is this important and what does it have to do with CBD?  Cannabis is made up of hundreds of chemical compounds.  Over 400 have already been isolated and identified.  Of these chemical compounds, more than 100 are what is known as cannabinoids.

These cannabinoids interact with the body’s ECS.  They behave similarly to the endocannabinoids we produce naturally, bonding to receptors to stimulate certain effects.  While these effects are still being studied and understood, it has become clear that there could be many beneficial results, including management of a variety of symptoms related to ailments both common and rare.

Now that you have a basic understanding of how the endocannabinoid system works and how chemical compounds found in cannabis interact with it, let’s look more closely at one cannabinoid that’s garnered a lot of attention: CBD.

Just one of dozens of identified cannabinoids found in the Cannabis sativa plant, cannabidiol, or CBD, has shown significant promise when it comes to symptom management.  One notable characteristic of this compound is that it produces none of the psychoactive effects commonly associated with marijuana use.  Unlike tetrahydrocannabinol, or THC, this compound will not get you “high”.

This is an important distinction for patients seeking relief.  When most of us suffer from ailments, we simply want pain, inflammation, or anxiety to go away.  We don’t want to deal with a laundry list of side effects that might be worse than the symptoms themselves.

Thus far, CBD has not been found to produce any significant side effect, making it an attractive alternative for many patients tired of dealing with the undesirable side effects that often accompany the use of pharmaceutical drugs.  Hemp-derived CBD, which is legal to some degree in all 50 states, comes from plants varietals that contain less than 0.3% THC.

How is CBD Oil Produced?

When you think of marijuana, you typically think of a plant that can be dried and then smoked or consumed, but CBD must be isolated in order to derive its many benefits without
the psychoactive effects patients wish to avoid.  There are a couple of different ways to accomplish this, but the safest and least toxic method is CO? extraction that yields concentrated CBD oil.

The oil, including CBD, and often other beneficial products like terpenes and trichomes, is then separated out, tested for potency and purity, and approved for use in a variety of CBD products.  Products that are 100% CBD oil are referred to as isolates, while broad-spectrum and full-spectrum products contain terpenes and other compounds.

It is believed that these added compounds could improve bioavailability, or allow for better absorption by the body, and may provide greater benefits than isolate.  Full-spectrum products also contain some THC, so it’s important to understand what you’re getting.

Increased demand and improved access to CBD has created a growing market for a wide range of CBD products.  CBD isolate is often sold as a crystalline product that can be “dabbed”, or heated to produce a vapor that is inhaled.  However, for the sake of ease, it is also becoming more widely available in oils and other products.

It’s also easy to find broad-spectrum and full-spectrum CBD oils and tinctures, and these can often be taken as is or added to foods or beverages.  There are plenty of flavored CBD oil products designed to improve the consumption experience.  Or you can look for convenient CBD capsules that take the guesswork out of dosing.

Hight-potency CBD concentrates can be ingested or inhaled, and are often used for vaping.  There is also a growing market for CBD drinks and edibles.  Pre-made gummies, chocolates, baked goods, and more create a convenient, enjoyable, and satisfying user experience.

Topical products have also become very popular.  You can find lotions and creams, balms and salves, and roll-on products that allow you to deliver CBD to specific areas that need attention.  Transdermal patches, pet products, and a wide variety of other product categories exist, giving consumers a range of options to explore.

While the benefits of CBD are still being researched, this cannabinoid has shown promise for managing a wide range of symptoms.  Most frequently, it is used to manage pain and inflammation, and this can serve a variety of purposes.

Doctors have prescribed CBD as a supplemental treatment to manage physical, mental, and emotional symptoms associated with everything from arthritis and cancer, to anxiety and depression, to sleep disorders and skin problems.  While not yet approved as a standalone cure, CBD has shown promise for all kinds of symptom management.

It’s important to note that CBD has not been legalized at the federal level, although hemp- derived CBD containing less than 0.3% THC has been made legal in all 50 states.  Several
states have also legalized cannabis for medical use, recreational use, or both, and this includes CBD products that contain more than 0.3% THC.

The 2018 Farm Bill included provisions for hemp cultivation and production, as well as hemp-derived products, eliminating restrictions on the sale, transport, and possession of these products (providing they fall within set limits, such as containing less than 0.3% THC, for example).  Activities like cultivation must be carried out with proper licensing, under the approval and regulation of the USDA.

Marijuana-derived CBD (i.e. products with 0.3% or more THC) remains illegal at the federal level, except for a single drug approved by the FDA.  Epidolex, used to treat Lennox-Gastaut syndrome and Dravet syndrome, two rare forms of epilepsy, was approved by the FDA in 2018.

That said, ongoing advocacy efforts continue to yield results, with more states considering legislation to legalize cannabis for both medical and recreational purposes.  This is creating opportunities for research and development that can only benefit those seeking relief from cannabis, CBD, and other compounds.

There’s no telling if or when federal legalization may occur, but with the tide of public sentiment turning in favor of legalization, there’s hope for a future where everyone can get the relief they need from CBD or other cannabis products, or enjoy recreational usage. 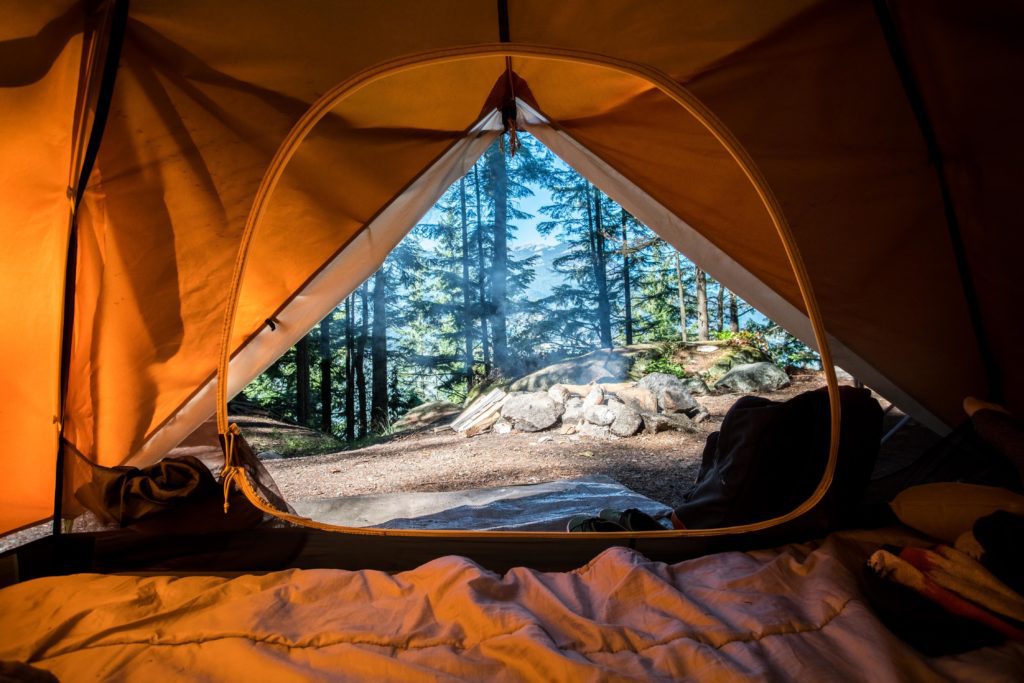 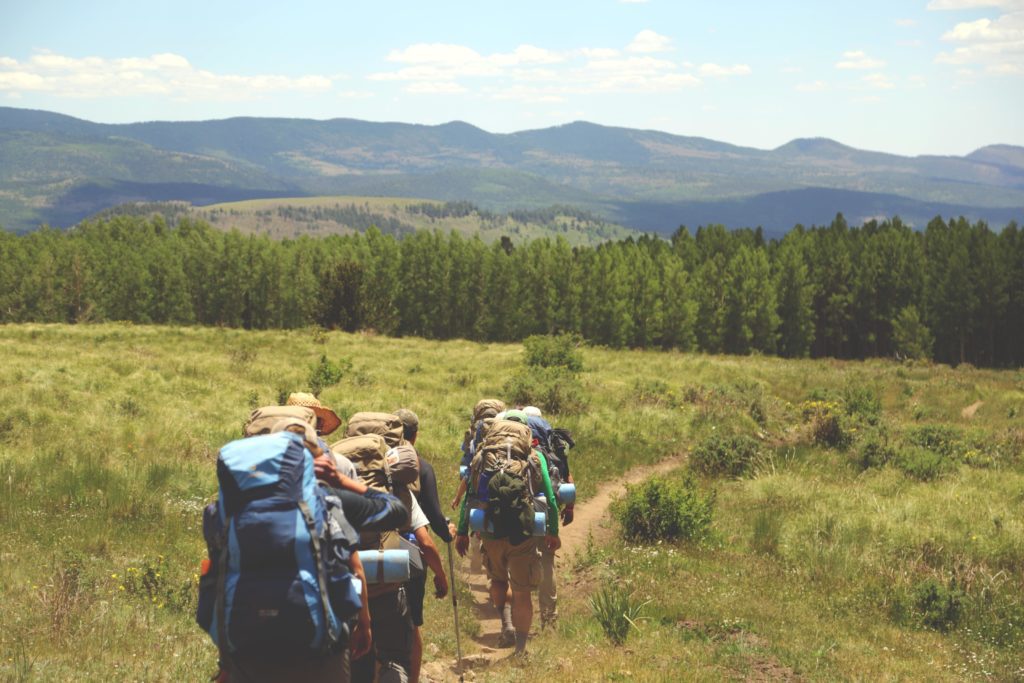